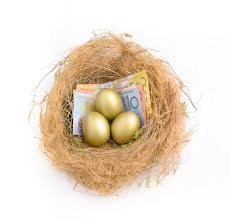 The key to utilising an effective SMSF strategy is understanding the tax benefits of SMSF. From investing in shares to borrowing to invest in property, utilising an SMSF can be a key vehicle to securing your retirement nest egg.

From 1 July 2014, the Concessional Contribution cap of $25,000 increased to a new Concessional cap of $30,000, which is good news for those with an effective SMSF Strategy. With indexation frozen over the last two years, the concessional contribution cap has been welcomed by SMSF Trustees/ members as well as SMSF advisers/ professionals. The rise does not impact the temporary increase to $35,000 for those aged 59 or over on 30 June 2013 and again for those aged 49 or over on 30 June 2014.

Therefore, from 1 July 2014, if you are less than 49 years your concessional contribution cap will be $30,000. If you are 49 years or over your cap will be $35,000. Timing of your contributions can also be important. Contributions are counted towards the caps in the year in which they are received and credited by your super fund. As you approach 30 June, please seek advice if you are not sure the contribution will be credited to you account in time.

Concessional contributions are from pre-tax income if you are able to claim a deduction and is treated as assessable income of the fund which means you will pay tax on the contribution.

You May Also Like  SMSF PROPERTY: REPAIRS V IMPROVEMENTS

To claim a deduction you will need to complete and lodge a notice of intent with the SMSF and have the notice acknowledged by your fund in writing.

This article was written by Ivan Filipovic – Director at Redwood Advisory

You May Also Like  SMSF INSURANCE – PREMIUMS ARE DEDUCTIBLE

Disclaimer: The content has been prepared without taking account of the objectives, financial situation or needs of a particular individual and does not constitute financial product advice. 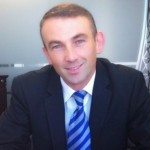